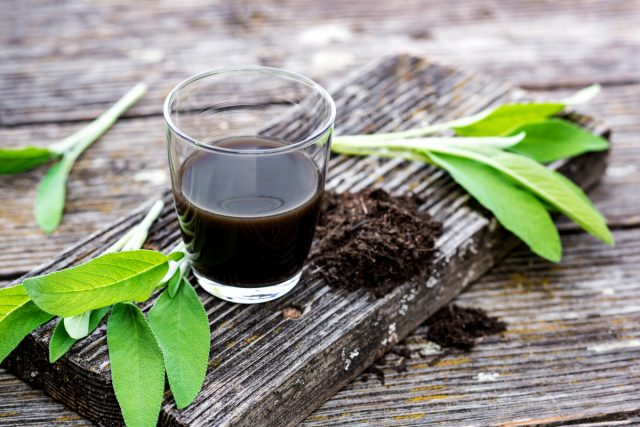 Humic substances are biological-chemical-geological decomposition products of life on Earth. In agricultural and medical practice, humic acids are the carriers of the positive effects attributed to humic substances, which form a chemically well defined group of compounds and are intermediate products of organic matter decomposition. The raw materials for the formation of humic acids are dead woody plant particles, which are produced by chemical-biological oxidation-reduction processes.

Humic acid of natural origin contains the full spectrum of minerals, amino acids and micro-nutrients, all of which can be absorbed in a biologically useful form. Therefore, micro-nutrients that are important for the human body can be better absorbed and used than those in inorganic form.

Some of the humic acids that got into the body is thus absorbed by it, resulting in antiviral, energy-producing catalyst, immune-stimulating and detoxifying effects.

At the same time, the rest remains in the gastrointestinal system, where humic acids can eliminate diarrhea and other digestive disorders. Beneficial humic acid forms a thin layer of gel on the mucous membranes of the intestine that protects against infections and effects of toxins. It supports rapid healing in case of damage or inflammation of intestinal villi. Due to the gel layer, the effect of abnormal impulses on peripheral nerves in the intestines decreases, thus pain is reduced and normal bowel movement restores.

Humic acid also has another important feature, which is that only toxins and excess minerals leave the body selectively. When administered at an appropriate dose, it does not affect the internal balance of nutrients.

Humic acids inhibit the growth of pathogenic bacteria in the gastrointestinal tract, stimulate the gut flora and control its equilibrium, moreover keep certain nutrients in a recoverable state while binding and emptying toxic substances that have been introduced and accumulated from the environment, in particular heavy metals such as mercury, lead.

The therapeutic effects of humic acid have been known for thousands of years. It’s been used for a long time as a natural antiviral agent and an alternative antibiotic.

Hungarian humic acid extracted from natural peat is considered to be of high quality and purity worldwide.

– may help remove heavy metals, mercury, lead from the body

– it can help detoxification processes

– replaces the minerals and trace elements missing from the body

– it can help increase stamina

– has a general alkali effect